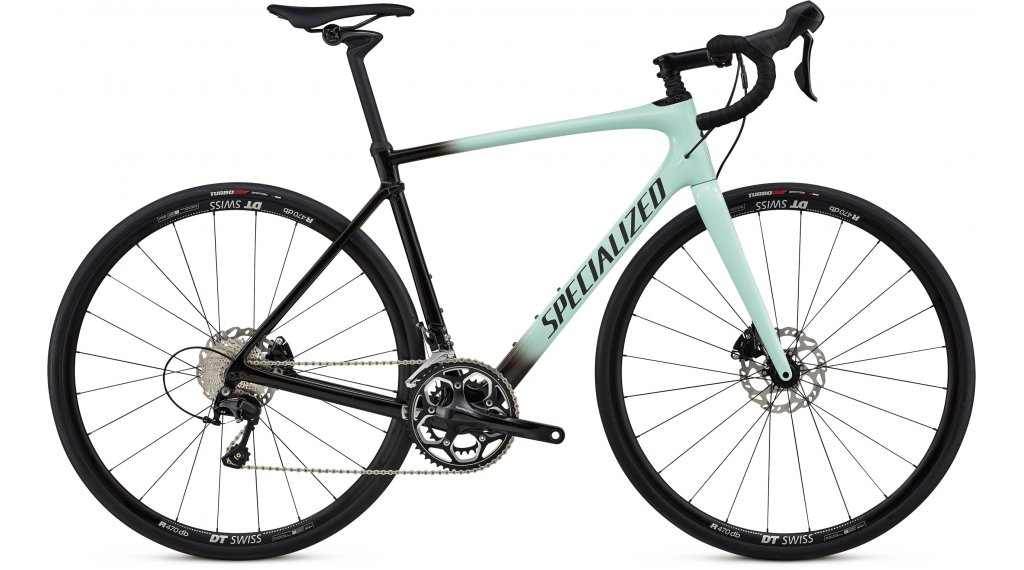 How do I get my new bike?
How do I build it? Answers in the video.

Which racing cyclist does not have it in mind, the perfect road with impeccable surface? And what does reality often look like? Cracks, holes, edges, cobblestones. Knowing how rough it is on the roads for road cyclists, we've given our new Roubaix more vertical compliance to make you faster and more comfortable. But now in turn.

The FACT 10r Carbon Rider First Engineered design frame is one of the lightest we've ever developed. But that's not enough. The efficiency remains at the usual high level, the geometry we have revised so that the new Roubaix drives even more agile and direct. In order to preserve the relaxed seating position for which the Roubaix is ​​so appreciated by many, our engineers have used a few tricks.

To give the bike more vertical compliance at the front, they have teamed up with McLaren to develop the so-called "Future Shock" system. This is a cartridge housed in the head tube that provides 20mm vertical compliance. The result is more speed on poor surfaces and of course a much smoother ride, so you're more powerful, especially on longer distances. The neutral, direct handling is not affected by the "Future Shock" system because the system works in a vertical direction and has no play. Thus, even when sprinting everything behaves as directly as you would expect from a racing bike. By the way, we have underpinned with our "Rolling Efficiency Model" that the new Roubaix is ​​unbeatably fast.